It looks like you're using an out-dated browser.
We no longer support Internet Explorer.

For a safer, faster and better experience on the web, please update to a modern browser and try again.

5 Golden Kiwi Moments to Raise your Glass to

At Villa Maria we are proud to be the wine Kiwis choose to toast to their success. Whether it be a pouring your first glass in your new home or celebrating having family together at Christmas, our Cellar Selection range is perfect for any occasion. Proudly recognized as New Zealand’s Most Awarded Winery and as the Third Most Admired Wine Brand we love celebrating success on a global stage by our fellow kiwis.

Although hard to narrow down, we bring you 5 historic kiwi moments to raise your glass to.

Cheers to our
Previous
Next

Our first toast is to one of the most iconic kiwi achievements. The great feat of Sir Edmund Hilary becoming the first person to summit Mount Everest. Ascending the tallest Mountain on the planet in 1953, Hilary along with Sherpa Tenzing Norgay became a global sensation overnight. From a beekeeper in rural New Zealand, Hilary became the first person to reach the highest point on earth and both the north and south poles. The legendary adventurer and mountaineer continued with more daring escapades over the years including a Commonwealth Trans Atlantic Expedition in 1958 and a jet boat journey up the Ganges.

Sir Edmund is also celebrated for his philanthropic endeavors embodied in the numerous honours conferred on him including Knight Commander of the British Order and the Order of the Garter. His humanitarian contribution to the Sherpas of the Himalayas has built schools, hospitals and many more facilities on the mountain. New Zealanders continue to celebrate the adventurous and pioneering spirit of Sir Edmund Hilary today, with his windswept face still smiling out from our $5 note.

Our second memorable moment to raise our glass to to Jean Battens record breaking solo flights.  Born in Rotorua, she became the best-known New Zealander of the 1930s, internationally, by making a number of record-breaking solo flights across the world. She made the first-ever solo flight from England to New Zealand in 1936. Batten always had a passion for aviation and her first successful solo missions was from England to Australia in the Gipsy Moth in 1934, her record trip of 14 days and 2 hours beat the current record by over 4 days.

In recognition of her success she was granted the Commander of the Order of the British Empire in 1936. Today Battens legacy lives on in a number of ways throughout New Zealand society including a number of schools and aircrafts named after her.

3. First Country to Give Women the Vote 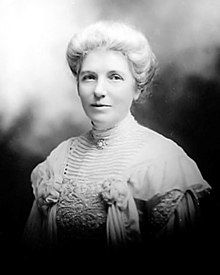 Cheers to this kiwi woman, Kate Sheppard, who helped etch New Zealand in the history books as the first country in the world to give women the vote. Sheppard was one of the most prominent suffragist in getting women the vote in New Zealand. Emigrating to New Zealand in 1868, Sheppard promoted the women's suffrage through petitions and public meetings with her pamphlets Ten Reasons Why the Women of New Zealand Should Vote and Should Women Vote? contributed to the cause. After many years of commitment to the cause, on 19 September 1893 the governor, Lord Glasgow, signed a new Electoral Act into law. As a result of this landmark legislation, New Zealand became the first self-governing country in the world in which women had the right to vote in parliamentary elections.

Sheppards iconic contribution to the suffrage movement is acknowledged by her inclusion on the $10 note.

For the most historical event on our list we are raising our glass in honour of Ernest Rutherford. Born in Nelson in 1871, Rutherford is widely revered as the father of nuclear physics for his work in the area. Rutherford was the first person to discover the radioactive half life when studying in Canada and most notably went on to split the atom. On the basis of this discovery he became the first Canadian and Oceania Nobel laureate. In 1917 he performed the first artificially induced nuclear reaction, which was when he first discovered the “hydrogen atom” or what we now call a “proton”.

In 1932 came his biggest discovery when he split the atom. For his work, he was knighted in 1914 and buried in Westminster Abbey near to Sir Isaac Newton.

Our final glass to raise is for one of New Zealands earliest Olympic medalists, Aucklander Sir John Walker. A middle to long distance runner, Walker won gold at the 1976 Olympic Games in the 1500m event. Walker was the first person to run the mile in under 3.50 and the record for the 2000m when he ran the distance in 4.51.4 in Oslo.

We use cookies to provide you with the best service we can. Click 'I ACCEPT' if you're happy with this and want to carry on browsing, or if you want to learn about cookies and how to manage them find out more here.

To enter our site you must be of legal drinking age in your country.

Receive information on new release wines, updates from
our winemaking team, and access to special offers and events.